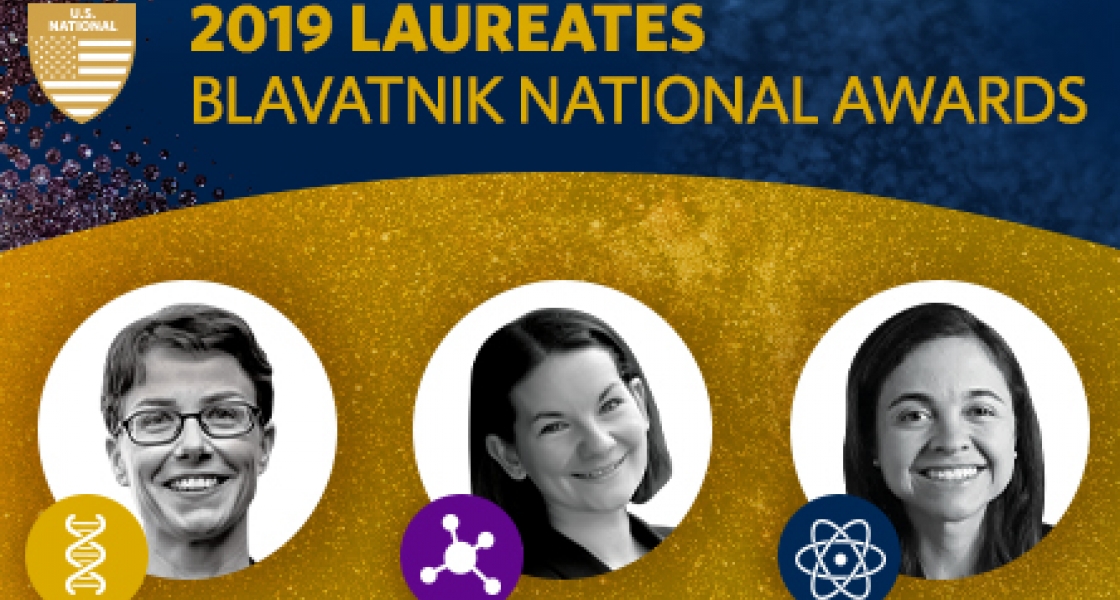 The Blavatnik Family Foundation and the New York Academy of Sciences named theoretical physicist and JILA Fellow Ana Maria Rey one of three Laureates for the Blavatnik National Awards for Young Scientists. Each year these awards honor three scientists in life sciences, physical sciences and engineering, and chemistry. The other caveat: all laureates are 42 years old or younger.

“We like to think of them as our young Nobels,” Brooke Grindlinger, chief scientific officer of scientific programs and Blavatnik Awards at the academy told the Boulder Daily Camera.

Nominated by 169 research institutions from across 44 states, the Blavatnik National Awards received 343 nominees – the largest pool of nominees ever received by the program. For the first time in the awards' 13-year history, all of the laureates are women; as a U.S. citizen who is a native Colombian, Rey is the first Hispanic woman to win this award.

"It is such a huge honor for me to receive this recognition. I could not believe it was given to me," Rey said. "I am really grateful."

“These three women are leading scientists and inventive trailblazers with stellar accomplishments in their respective fields,” said Len Blavatnik, founder and chairman of Access Industries, head of the Blavatnik Family Foundation and member of the President’s Council of the New York Academy of Sciences. “Their groundbreaking research leads the way for future discoveries that will improve the world and benefit humankind. It’s exciting to see these three brilliant scientists chosen as the 2019 Blavatnik National Laureates.”

Rey said she would be honored to be seen as a role model for other young women pursuing physics.

"In my point of view, having role models to inspire women is key. It is very important for women to realize that to have a scientific career it is not incompatible with having a family. Facilitating ways that help women to be a successful scientists and mothers at the same time is crucial," she said. Rey added that she was fortunate to have some great women role models in her early career, including the late Deborah Jin, a fellow JILA physicist.

"She was a physics giant. Her research on fermionic gases helped us advance our field in an impressive way. Besides being one of the most prominent physicists in our field, she was a caring mother, a fantastic wife and a supportive colleague and friend," Rey said.

Rey is a top young theorist in quantum information science and technology (QIST) and atomic, molecular and optical (AMO) physics. Her pioneering work has earned her a MacArthur Fellow Award in 2013 and an American Physical Society Fellow Award in 2015, among many other scientific awards and honors. Rey's theories on atomic collisions led to the development of the world's most accurate atomic clock. That clock is in use at JILA and has been critical in experiments across research groups at the organization.

“JILA is thrilled to congratulate Ana Maria for her selection as the Blavatnik National Laureate Award in Physical Sciences & Engineering.  We also thank the Blavatnik Family Foundation for celebrating the successes of young scientists and engineers in the US and worldwide,” said JILA Fellow and Chair Thomas Perkins.

All Blavatnik National laureates and finalists are invited to the Blavatnik National Awards ceremony at the American Museum of Natural History in New York in September. The award comes with an unrestricted $250,000 prize for each winner. Rey says she doesn't have an immediate plans for the winnings, but she couldn't have achieved this honor without her colleagues at JILA, NIST and the University of Colorado Boulder.

"All my research has been inspired by a close collaboration with experimental groups. In particular, the work done at Jun Ye's, James Thompson's and John Bollinger's labs have been the driving force for my research," Rey said. "Also all the successful developments in my group have been possible thanks to the fantastic group of postdocs and graduate students who have worked very hard to accomplish our research goals. They are responsible for all the milestones achieved in my group. I owe all of them so much. I am really grateful and hope that they consider this award as a recognition to their work."