This silicon cavity was developed at JILA by the Ye Group to silence the noise of the laser in an optical atomic clock. Image Credit: Eric Oelker/JILA 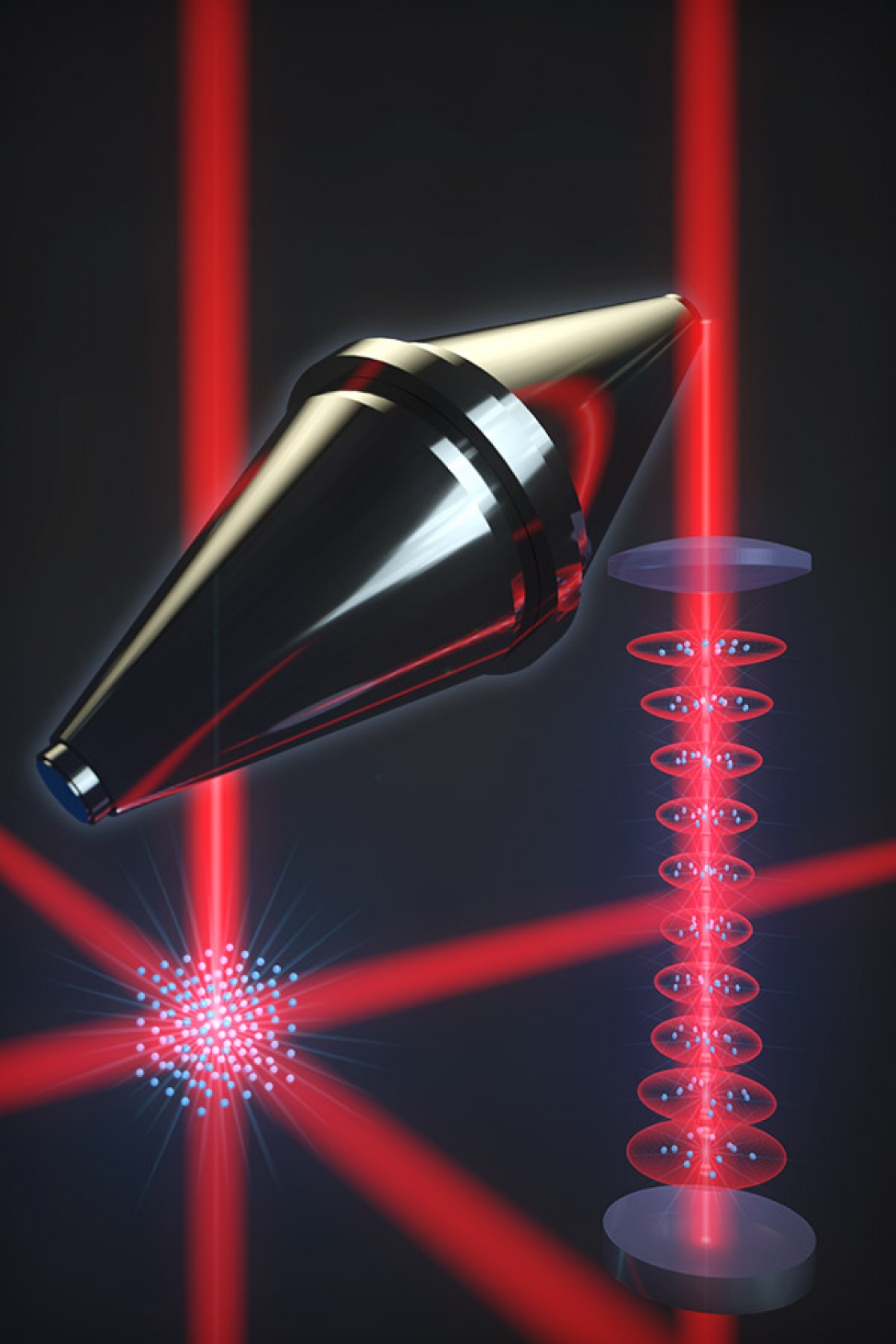 The Ye Group has developed a means to stabilize the laser in the optical atomic clock using a silicon cavity. They've achieved record stability with this technique. Image Credit: Steven Burrows and the Ye Group/JILA

Imagine trying to read a clock with hands that wobble. The worse the wobble, the more difficult it is to accurately read the time.

Optical atomic clocks measure time in attoseconds, which are billionths of a billionth of a second. On scales that small, everything needs to be exact. But the laser’s frequency can fluctuate, like that wavering clock hand.

“That's what ends up limiting the stability of the clock. So, say I'm trying to do this measurement, but this laser frequency is moving around a whole bunch…If this light is perfectly on resonance then you'll get a certain signal,” said Eric Oelker, a JILA postdoctoral fellow in Jun Ye’s group. “But then if it's a little bit off from resonance you get a slightly different looking signal.”

In a recently published paper in Nature Photonics, Oelker found a way to significantly silence the noise from the laser to demonstrate the best stability for a clock to date.

Physicists measure the frequency of a laser in an optical atomic clock to mark the passage of time. To make sure the laser is “ticking” at the right rate, this oscillation frequency can be checked against the strontium atom and tuned to ensure that the clock continues to tick at the correct rate with a minimal wobble. The laser that interrogates the strontium atom is our local oscillator (LO); it’s like the swinging pendulum of a grandfather clock.

On its own, a laser is too noisy to function as a clock LO. Its frequency is far too wiggly or unstable, which makes it difficult to measure the narrow strontium clock transition. To silence that noise, Oelker and his team stabilized the laser using a 21-centimeter (a little more than 8.25 inches) silicon cavity. The cavity is shaped like a football with two narrow ends and a wide middle. The laser light enters the cavity, where it bounces between reflective surfaces many times and comes back out again. This returning light contains a signal that can be used to stabilize the laser. However, if the length of the cavity changes, even slightly, the laser still comes out pretty noisy.

That’s why this new cavity is special. That silicon material makes it incredibly quiet, especially at 124 Kelvin, Oelker explained.

“The really nice feature of silicon is that it has intrinsically lower thermal noise, and also it can be used at cryogenic temperatures,” Oelker said. “At a 124 Kelvin, it's this kind of magic point where the (silicon cavity) neither expands nor contracts when the temperature changes.”

“We use the cavity to interrogate both and then we're looking at the signal for both of these clocks and comparing them,” Oelker said. “Essentially, you're taking the two watches and you're putting them next to each other and you're comparing the time that they're measuring.”

The point of precision
Adding this silicon cavity improves the stability by a factor of three, down to 6.6x10^-19 over an hour. That might sound small, but it means it takes a factor of ten less time to make a measurement.

Atomic clocks help the world set standards for timekeeping, making sure everyone is measuring a second the same way. But clocks can do more than that. Stable, accurate optical atomic clocks are capable of detecting small shifts in the world around it. For geologists, that could mean sensing shifts in density and mass of magma beneath our feet. For physicists, that could mean detecting interactions between the atoms, passing gravitational waves or even dark matter.

"It turns out atomic clocks are not only good for telling time…We can probe a lot of physics using this device, but once again, if I'm trying to measure some very small shift in the frequency but this hand of the clock is doing this,” Oelker said, waving his hand back and forth. “I'm never going to be able to see it.”