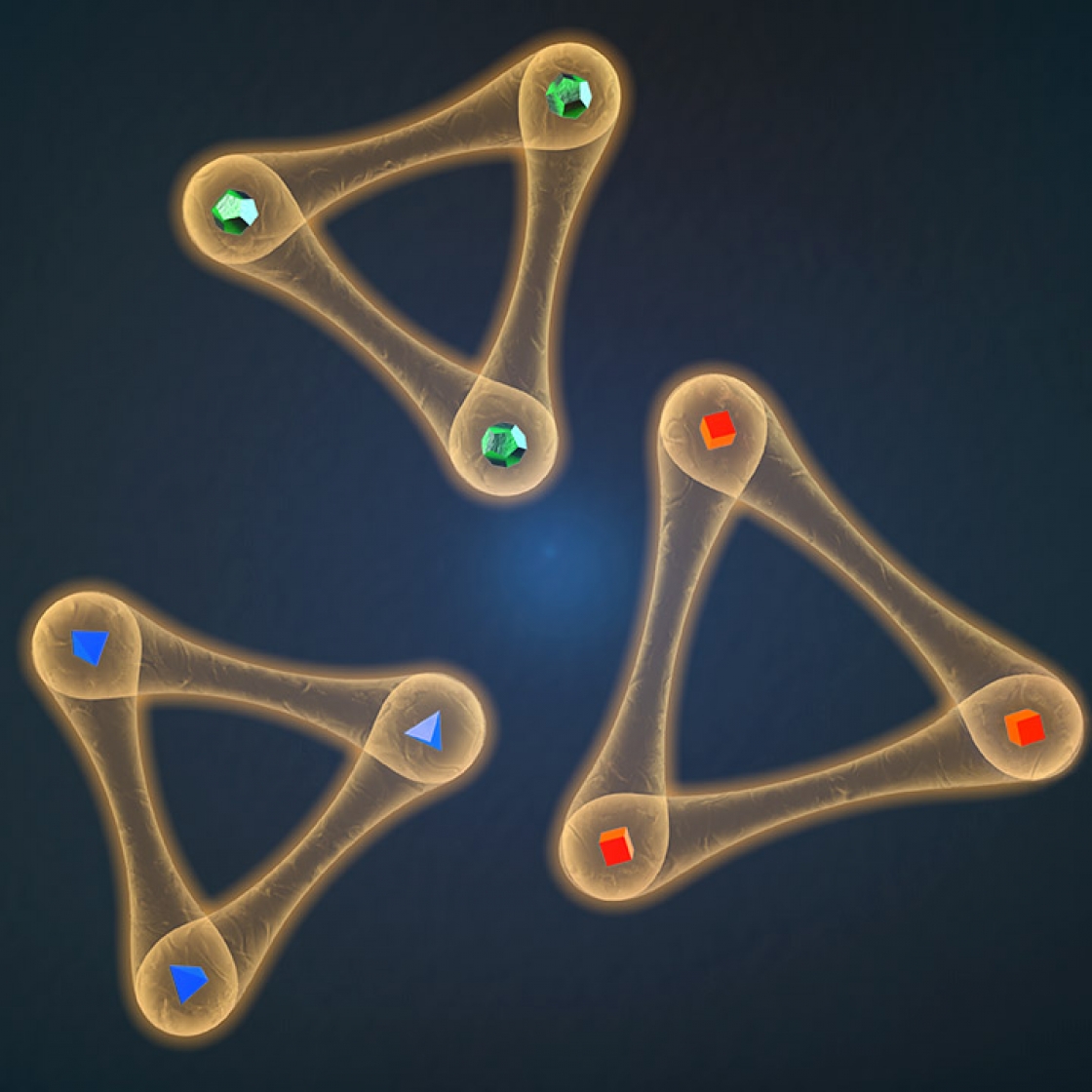 The van der Waals universality is a sort of "sweet spot", a distance at which three atoms' interactions can be predicted with simpler two-body equations. The Cornell Group has found that distance may not be so universal after all, and that the species of atom may change that "sweet spot." Image Credit: Steven Burrows/JILA

We understand pretty well how a single atom behaves. Two atoms interacting with each other? Still solvable. But it becomes exponentially more complicated to characterize how three atoms or particles interact with each other, explained Xin Xie, a graduate student in the Cornell Group at JILA.

“We study three-body physics because there are still mysteries in this interaction,” Xie said.

Those interactions—whether particles will repel each other, smash together or just orbit each other in perfect harmony—dominate the quantum world. Understanding how those forces work inside a simple hydrogen atom, with its single positive proton and negative electron, is relatively easy, explained JILA Fellow Eric Cornell. But most atoms are much more complicated.

“Atoms aren’t like protons. They’re full of pulleys and bells and whistles,” he said. All of those structures in the “guts” of each species of atom meant that when three atoms got too close to each other, no mathematical formula could predict how all three would interact, Cornell said.

But years of experimental data found there was a sweet spot, a universal range in which the behaviors of three atoms can be decomposed into the more solvable two atom problem. At that range, the atoms are stopped en route to each other, keeping them at just the right distance.

For the last decade, this van der Waals universality had been pretty widely accepted…until now. Xie and the Cornell Group recently found this universality has a limit. Their findings raise an important question: When it comes to three-body interactions, just how important are those pulleys, bells and whistles, those innate structures that make up an individual species of atom?

“A long time ago people thought these structures were so important. Then people found that maybe they’re not that important,” Xie explained. “But then we claim that they still matter…it can cause some deviation from the van der Waals universality.”

Take it to the limit

To find the limit, you have to really dig down and look at the atoms very closely, Cornell said. When they’re warm, atoms in a gas cloud bounce around like billiard balls. To measure their interactions, you need to slow the atoms down, and that means making them cold—really cold.

Xie and her team used lasers to bring a cloud of potassium atoms down to 300 nanoKelvin, about -459 degrees Fahrenheit, hovering just above absolute zero.

But Xie and her team found their potassium atoms does not quite fall into the universal group, and within a very narrow margin of error. Clearly, van der Waals universality was not as universal as it seemed.

“Sometimes, those ‘guts’ of the atom matter,” Cornell concluded.

“We study three-body physics because there are still mysteries in this interaction.” - Xin Xie

The next step for this experiment lies beyond the Earth’s atmosphere. In the vacuum of space, the atoms can reach even colder temperatures, and possibly reveal some new information. So, this December a refrigerator-size version of this experiment will start operation on the International Space Station.

Finding the limits of universality has greater implications for physics. Ultracold atoms are often at the center of precise metrology, like optical atomic clocks which use cold strontium atoms. If those atoms start interacting with each other in an unpredictable way, it could throw off your clock, and you wouldn’t know why, Xie said.

“You can’t account for all the degrees of freedom in a physical system,” Xie pointed out. But experiments like this show what “ingredients” are important to understand these interactions. Testing the limits of universality helps physicists better predict how other atoms will behave.

“If we understand this species (potassium), we can apply our model to a different species,” Xie added.

This research was published in Physical Review Letters on December 2, 2019.