Using magnetic fields, physicists can control how fermions align themselves 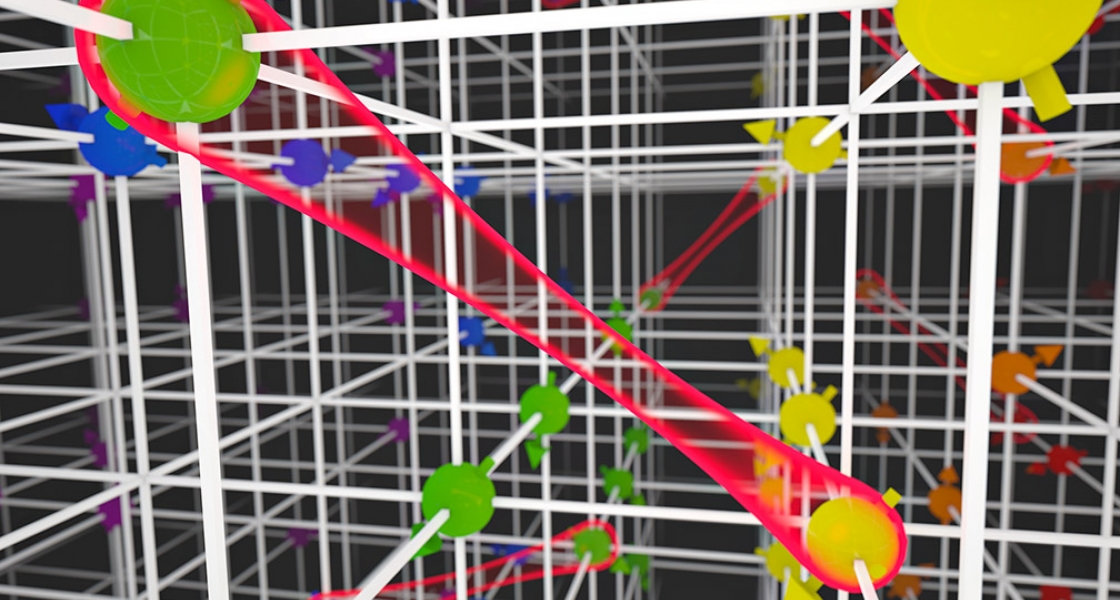 In an out-of-equilibrium system, physicists are able to control a dynamical phase transition using Feshbach resonance. To avoid losing energy, the fermions rapidly disalign and then realign themselves. Image Credit: Steven Burrows/JILA

These dynamical phase transitions are critical to understanding how our world works in the quantum realm. Controlling these phase transitions could help scientists build new quantum mechanical technologies, like optical atomic clocks for experiments or better superconductors.

Dynamical phase transitions have been observed before in trapped ion arrays. But in those experiments, the ions didn’t have the freedom to move around, and the electrically charged ions strongly interact with each other over long distances. In theory, a dynamical phase transition could happen in other systems but it had never been seen before – until now.

At the University of Toronto, the experimental group of Prof. J. Thywissen, guided by the Rey group observed a dynamical phase transition in an out-of-equilibrium weakly-interacting gas of fermionic potassium atoms for the first time. In contrast to electrically-charged ions with their strong long-range interactions, these neutral atoms interact much more weakly with each other and only over much shorter distances, needing to bump and collide to “see” each other.

“We’re taking a system that apparently violates all the conditions satisfied by the ions,” Rey said. “The system we have at hand (weakly interacting atoms), you never imagined would have the properties of this other system (strongly interacting ions).”

Building on Jin’s work
Their experiment built on late JILA Fellow Debbie Jin’s work. Jin, who passed away in 2016, created the first degenerate Fermi gases. Her research laid the groundwork for understanding ultracold gases and Feshbach resonances. In a Feshbach resonance a magnetic field is used as a means to tune atomic interactions.

Using those tools, Rey’s and Thywissen’s groups were able to crank the magnetic field to turn on and off interactions between fermions in a trap.

Dancing to the quantum beat
Fermions are finicky particles. They don’t like to touch. If they “bump” into each other, it costs them energy. To understand how this dynamical phase transition happens, think of fermions as dancers.

When Thywissen’s team sets up their fermions, they are all aligned, all spins facing the same direction in their lattice trap. At this point, everyone is on the dance floor facing the DJ as the music starts. The dance is generated by a magnetic field that changes from site to site disorganizing the fermions. Each one moves to its own rhythm, and they fall out of alignment.

If their interactions are weak, when our fermion dancers start moving, they spread out on the dance floor. They start hitting each other as they groove to their own beat. They can also see their fellow dancers across the room, not just those immediately around them. Their energy penalty is minimal, so bumping into each other does not harm them, like our dancers occasionally bumping their neighbor’s shoulders.

But when our physicist DJs turn up the Feshbach resonance and the interactions get stronger, the dancing fermions are in danger of becoming a violent mosh pit. Stronger interactions carry stronger energy penalties. A bump would cause the fermions to go flying off the dance floor in different directions.

Instead, to protect themselves from harm, the particles fell back into alignment just as quickly as they fell out of alignment. The fermions organized themselves into a line dance to avoid becoming a mosh pit. The dynamical phase transition had happened.

Turning and reversing
Rey’s team found something else new. There was a sweet spot in this experiment where they could reverse the dynamics and undo what they had done. By tuning the Feshbach magnetic field, they could send all their fermions back to their initial alignment.

“The experiment can reverse both disorder and the interactions,” she explained. “(Physicists) can completely be God and undo the dynamics, and we should recover what we started with.”

Being able to undo those changes validates that their model is working. As a fully controllable quantum system, this will help us understand how world behaves on quantum scale.

Jumpstarting these processes in a superconductor typically requires ultrafast pulses from a laser, and those changes happen in femtoseconds – that’s one quadrillionth of a second, about a million billion times faster than you can blink. This experiment lets physicists see how a superconductor reacts when it’s out of equilibrium on a more realistic time scale.

And all of this wouldn’t have been possible without the work of Debbie Jin. When she gives presentations on this research, Rey takes a picture of Jin with her.

“She taught us so much,” Rey said, and this is just one way that her legacy lives on.

This research was published on arXiv in March 2019, and supported by a National Science Foundation Physics Frontier Center grant.