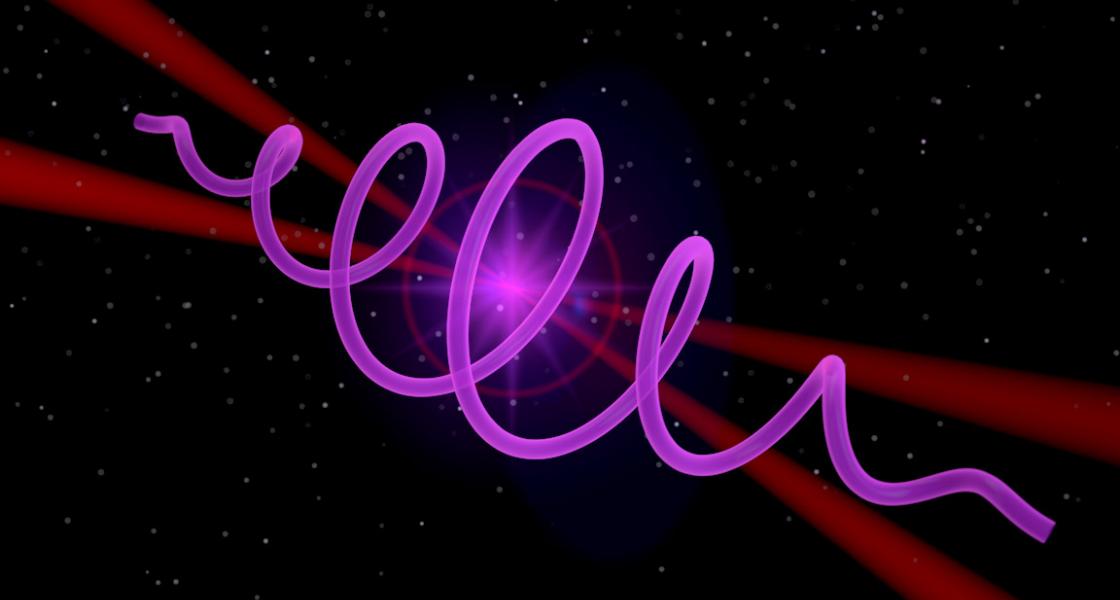 The hardest problems are never solved by one person. They are solved by teams; or in the case of science, collaborations.

It took a collaboration of 17 researchers, including four JILA fellows and another six JILA affiliates, just a little over five years to achieve robust polarization control over isolated attosecond (one billionth of a billionth of a second) pulses of extreme-ultraviolet light. In layman’s terms, they smooshed oodles of energy into a temporally tiny, yet exquisitely controlled, burst of X-rays. In slang terms, they threw an X-ray sucker punch.

The complete accomplishment is indeed a mouthful. But the qualifiers detail the high degree of control the researchers now wield.

X-rays are an unruly electromagnetic wave that refuse to be controlled by typical optical tools. But the collaboration was not daunted by the formidable task. For years, JILA Fellows and their collaboration have been developing clever solutions for X-ray control.

The journey started more than twenty years ago, when JILA experimentalists learned how to develop X-rays in a small laboratory setting. The technique, called high-harmonic generation, combines thousands of visible photons to generate just one high-energy X-ray photon.

But according to Andreas Becker, a JILA Fellow and theorist in the collaboration, Murnane and JILA Fellow Henry Kapteyn were some of the best experimentalists for the task. ““[High harmonic generation] is the process that Margaret and Henry are absolute experts on,” said Becker.

For the past half-decade, a collaboration between the Kapteyn-Murnane group and former group members Oren Cohen, Charles Durfee, Carlos Hernandez-Garcia, Dan Hickstein and Ming-Chang Chen, has learned to control the polarization, emission angle, and pulse length of high-harmonic X-rays. Now they have combined all of their techniques to demonstrate ultimate control: generating a single attosecond pulse of circularly polarized X-ray light.

There are innumerable imaging applications for harnessed X-ray light, however, the high energy pulses generated by this collaboration are especially useful because they are very quick–as quick as an attosecond.

To say that an attosecond is fast is an enormous understatement. According to Becker, an attosecond is a hundred thousand times faster than the vibration of a molecule. In fact, attoseconds are more akin to the timescale at which electrons move. Therefore, attosecond X-ray pulses could advance the study of electron dynamics, such as charge migration, said Becker, and help probe spin dynamics in magnetic materials, added Murnane.

Applications of this technology are further broadened by polarization control. Controlling the polarization, which is the direction of the X-ray’s electric field, means the experimentalists can produce linearly, circularly, or elliptically polarized X-rays. And the asymmetry of circularly polarized light is exactly what is needed to study chiral (a type of asymmetry) molecules, said Becker.

Murnane acknowledged that collaboration was essential for this technology development. “You can tackle a harder problem if you work with a team,” said Murnane.  “Within JILA, we work hard to work together, and the students absorb that outlook.”

While the initial high harmonics and polarization control were developed in laboratories at JILA, the final experiments demonstrating isolated attosecond pulses were completed in Taiwan in the lab of Ming-Chang Chen, a former JILA graduate student of Murnane.

This work was published in Nature Photonics in April of 2018.