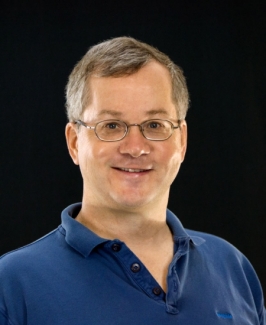 “Whether they are defending the homeland, inspecting our food, making scientific discoveries, or managing cyber risks, Federal employees underpin all the operations of our government and touch nearly every aspect of our lives,” Office of Management and Budget’s Deputy Director for Management Margaret Weichert said in a press release. “These awards recognize not just the front-line mission employees, but also those teams and individuals that are strengthening our country to be a more modern, effective government to better serve their fellow citizens.”

As a JILA Fellow and NIST physicist, Perkins' lab falls under the Department of Commerce. His lab has focused on single molecule measurements of biological systems, like proteins, DNA and RNA. To get those measurements, his team has advanced atomic force microscopy in the last decade. Their advances in AFM technology have led to better understanding of biology, such as completely mapping the energy landscape of a hairpin-shaped bend in HIV RNA, and understanding illnesses from cancer to brain disease. With this knowledge, scientists can develop better drugs and therapies. Perkins emphasized that their work is a team effort.

“I am delighted to receive this award that reflects a decade of innovation by members of my lab,” Perkins said.