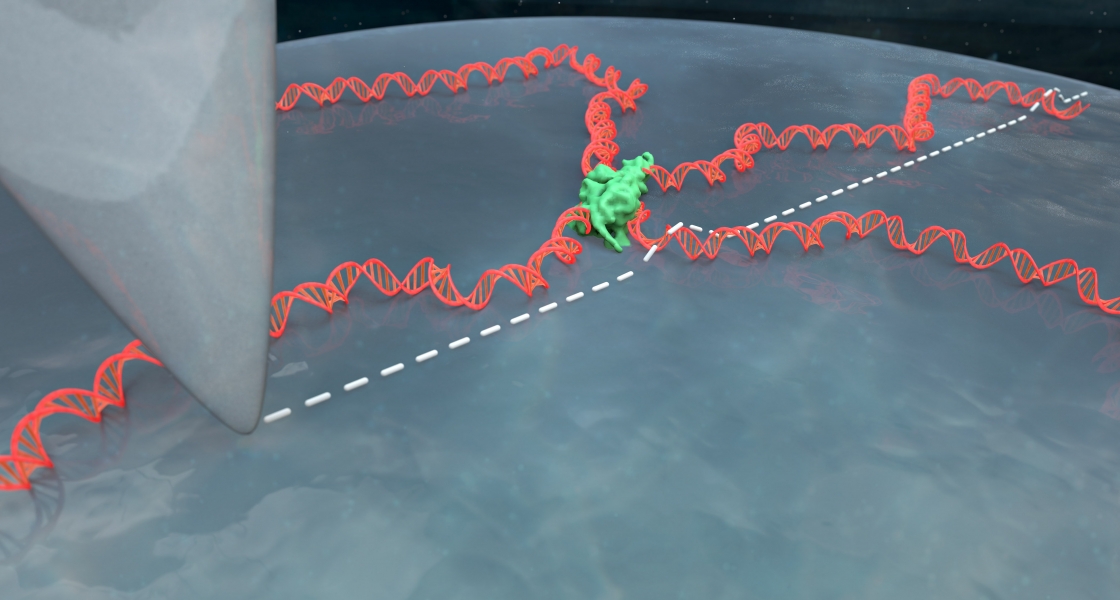 A new technique from the Perkins group allows crisp, clear AFM images of DNA. The best part? It's ready in 5 minutes. Image Credit: Steven Burrows and the Perkins Group/JILA 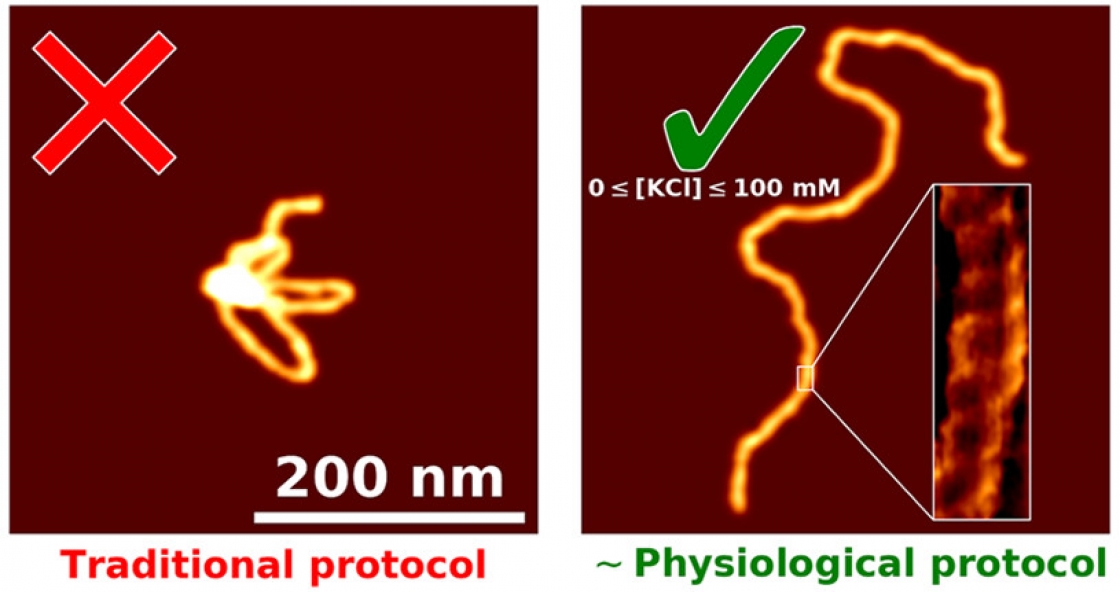 Side-by-side comparison of traditional protocol versus Patrick Heenan's new method for imaging DNA with atomic force microscopy. The image on the right shows that the double helix of the DNA is clearly visible. Image Credit: Perkins Group/JILA

It turned out soaking the mica for too long was part of the problem. Plus, the DNA wasn’t able to equilibrate on the surface, resulting in the squished ball shapes rather than nice, separate strands. “If you let it sit for a long time, you're actually losing some of the surface charge and impurities in the water are being sucked down into the surface,” Perkins explained.

Here’s how the improved process works. The mica is pre-soaked in a concentrated nickel-salt solution, then rinsed and dried. Then the DNA is bound to the mica with a solution of magnesium chloride and potassium chloride. Those conditions closely resemble the salts found naturally in cells, allowing the proteins and DNA to behave the way it normally would. Finally, the mica is rinsed with a nickel-chloride solution, which helps the DNA structure stick to the mica more tightly.

“It's kind of like the whole surface is uniformly sticky, so it can stick wherever it wants, and therefore it's easier for it to move around,” Heenan explained. “Everything is equally sticky.”

And it’s all ready for imaging in five minutes. Not only is it ready, but it delivers a clear picture – so clear that the double helix of the DNA is visible.

This development will help scientists study how DNA, protein and other molecules interact, as well as how DNA repairs itself.

“Patrick took on the challenge to image in liquid at biochemically-relevant conditions rather than in air, which, prior to Patrick's work, we and others would have assumed was impossible,” Perkins said. “What Patrick has developed is something that once you learn the eight steps, almost anybody can do it. It's really simple. It uses common salts, it takes five minutes, and you get higher signal-to-noise ratio, so basically, all sorts of good things.”

The study was published in ACS Nano on April 2, 2019, and was supported by the National Science Foundation Physics Frontier Grant and NIST.